Freedom !
This word, which is repeated in several languages in the Memorial to the Abolition of Slavery, reveals the profound and insatiable need of those who fought against slavery.

Freedom !
Revolts and insurrections occur in the name of freedom, and in its name philosophers, economists, novelists, artists, feminists and slaves write to prove that slavery is a crime, the violation of fundamental and universal human rights.

By dedicating this Memorial to anti-slavery texts from all over the world, the designers Krzysztof Wodiczko and Julian Bonder have created a space where words prevent the loss of collective memory of slavery and activate the citizens’ remembrance. 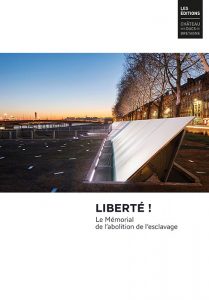